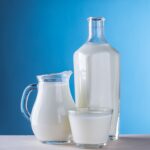 9 years ago I gave birth to healthy twin boys with some.. autism. spectrum. disorders. A mama and her twin sons stumbling off the “A-list” onto the autism spectrum, going rogue, getting better, and finding our tribe with the last secret society of misfits and savants living among us. Why are these children and people invisible when there are more people with ASD than in the military? Some call them the neurotribes. I call them Rocco and Jameson.

This is a love story. The tragically beautiful, comic tale of two brothers on extreme ends of the spectrum.. the “A” word. This mama invites you into the abyss of early intervention, reality, going rogue, finding her manifesto.. and her twins getting better. Creating a life.. and an unexpected lifestyle brand all catering to the cozy, tagless, non-toxic elephant in the room—my kids aren’t *ssholes or stupid. They just have some autism.

I want to open a real conversation with the misguided mainstream and the last secret society of excluded misfits living among us. The Savants, OCDs on a perpetual deadline, emojis instead of “i love you’s” and scheduled affection, clueless watercooler rudeness, Thanksgiving gone too honest. Not everyone is Steve Jobs, Elon Musk, Seinfeld, or that inspired lone-wolf-lady-professor who loves to touch every single item while shopping at Ralph’s but was that muse that told you had the talent to go all the way. Are you going to hire my kid at Quiznos when he’s 15?!? I promise he won’t f*ck up your order.

As one occupational therapist on a scooter board with my toddler kindly and wisely told me when I asked whether Rocco would be diagnosed with “the autism” just shy of his 3rd birthday.. “on any given day any of one of us could be put on the spectrum.. but we all know Rocco” ..is your A-dar on?

Fist bumps. What happens when shaky parents get that special handshake from the fancy pediatrician, grandma, babysitter, preschool teacher reassuring you the baby is fiiiiine? You are over-reacting. A first time mom or dad. He will talk when he wants to. She’s an old soul. Sensitive. Terrible twos. Threenager. Something happen at home? A brat. Coddled. Aloof.

A late bloomer.
In his own world.
A genius.

Get his ears checked. Sensory?!?

Late to the party. Uncle Joey was a “biter” too. Has that stomach bug. Acid reflux. Motor planning..? Jenny was a picky eater. “Lord of the Flies” playground exchanges. How about an oat bath for that full body eczema?

Not sleeping?
He’ll outgrow it.
You’ll sleep when he goes to MIT.
I love that show Big Bang Theory.

Once he decides to talk he’ll never shut up. But he’s so happy. How could he?!? with those huge blue eyes.. Delays turn into red flags. Fist bumps turn into weird referrals on post-its.. and you drum roll into a diagnosis of the “A” word.

If he could just say “mama”. His twin is super talkative! For a parent the “A” word paralyzes and polarizes in an instant. The unknown. A life sentence TBD. What are we going to do now? Don’t worry—this isn’t a sad story.. a pity piece on 20/20 or vaccine war on CNN.. this is an organic, bold mainstream destination and movement for the rising number of ASD kids and adults (1 in 36 as of 2019) living among us. I mean.. Target is selling pillowfort sensory kids furniture for parents not sure “what’s up” and adult-sized “weighted blankets” hmmmm… (we often learn that dad the “writer” or grandma “the rocket scientist” were also on the spectrum). But at the same time we have a generation of canceled playdates, toddlers booted out of preschool, biters and meltdowns, speechless kids, parents afraid it’s contagious, families and bosses stuck on stigmas with minimal support, resources or directions.

The truth is a mom and dad have no where to go when that “A” bomb is dropped.

What if there was a road map with road rules for everyone.. like “Autism Etiquette: a two way street” ..book available soon on amazon for that old man on Delta flight 1658 New Orleans to LAX in s35 E.. don’t touch my kid! those free chips aren’t gonna cure it—his ears hurt!

This is my own awesome story that was fucking hard and then got to the tears of joy part. My worst fear and now my greatest accomplishment. The angels and demons I met on the way, woo woo alternative medicine, unknown FDA-approved umbilical cords that changed the game, spoken word “I love you” and “Dalai Lama” level eye contact. How I learned to roast a f*cking chicken and bake a million fake loaves of bread and fluffy muffins, find or manifest weird crackers, buy a trampoline to redirect off the plate glass window, the tantrum trifecta: Diana Ross, Chaka Khan and the theme to Sanford & Son. A $9.99 sprinkler beach ball and a nude “bromance”, how to get humble and learn from a 24 year old therapist who couldn’t spell, potty training on Jupiter, the famed “Nanny 911” Deborah Carroll saving my life, keeping them off the short bus and out of juvie, when to say thank you next to self-proclaimed experts inhaling happy meals, talking nose to nose for hours in a crib with my non-verbal son, getting another diagnosis for his verbal twin despite his Chris Hemsworth charm and.. ummm seizures?!?

My crush Lenny Kravitz teaching my son to say “mama”.  Becoming Erin Brokovich for my boys while hiding my maternal affliction in a #metoo #timesup Hollywood. How the Israeli autism moms mob took me in and showed me the “promised land”. How I learned to respect my sons and how to respect myself.

Welcome to The Savants!

For now, let’s get to know each other and our mission. We are here to mainstream autism. That’s a two-way street by the way…you know, bring it out of the special ed section and into the middle of the room. Turns out we have more in common than we think. Even if you’ve seen me on TV and movies, “that” Kathryn Morris isn’t running The Savants.

I’m a part-time doctor, fake reiki master, uber driver, behavior therapist with no credentials turned MMA fighter with a heart of gold…and a shoulder to cry on. That’s right…I’m a mom.

I’m an advocate. An ambassador for autism and all creative spirits. I’m a “ride or die”. I’m your friend.

What is a Savant anyway? Let’s look up the word for an objective definition:

1: a person of learning especially: one with detailed knowledge in some specialized field (as of science or literature)

2: a person affected with a developmental disorder (such as autism or intellectual disability) who exhibits exceptional skill or brilliance in some limited field (such as mathematics or music)

But here at the Savants, our definition is this wonderful tornado:

It’s you.
The person strung out on stress in a bathrobe
right now
looking deep inside yourself
on your own “island of genius”
searching for your own
“splinter skills”
the brilliant thing
that will make a difference today.

We can choose to make The Savants not just a website, or another beige brand to be forgotten in the 24-hour news cycle. We can choose to make it a kind of metaphorical garden, where we water one another and feel the blaze of sun on our skin. We can all grow, wonderfully mutate, and evolve, seek the nurturing light of knowing we’re stronger together than by ourselves.

We are going to laugh.
We will spotlight savants among us and have a marketplace.
We will make things easier for you.

We are shifting the paradigm right now. We’re done with the “off the rack” language and social stigmas. We’re here to make the conversation better with the misguided yet well-meaning mainstream looking for a manual.

You’ll learn a lot about me, and my boys will feature prominently. The Savants will give each of you a voice to tell your story. To be a true community, we must empower a thoughtful exchange of information and ideas.

The broader the base of voices that we bring into this conversation, the stronger the likelihood that we leave no stone unturned as we educate and advocate for our loved ones.

I Ate This And It Made My Stomach Hurt: Foods That Cause Discomfort For Kids With Autism